The plane crashed . When taking off the horizon became a mirror. Mission Planner HUD roll right. The plane roll to the left

The plane crashed .
When taking off the horizon became a mirror. Mission Planner HUD roll right. The plane roll to the left.
Firmware 3.5.2. Board Orientation: Pitch 180, Yaw 270 !!!
This new aircraft . But this is not the first flight . All was good. 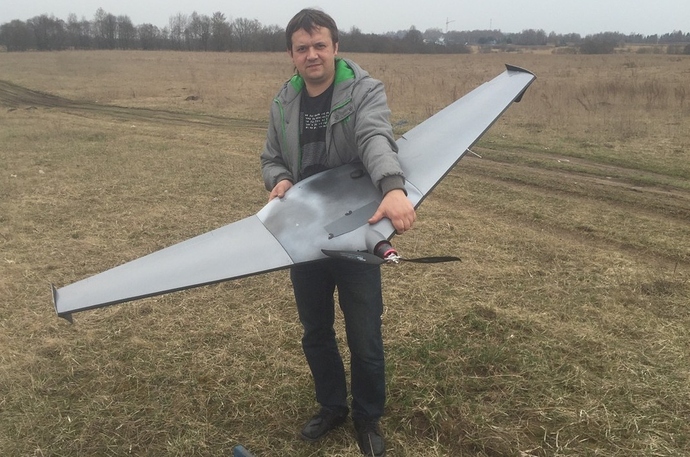 Please help determine the cause

Hi Sergey,
Can you post an earlier DF log of a successful flight with this plane, with the same board orientation? It will be a useful comparison point to find what went wrong.
Thanks!
Cheers, Tridge

Hi,tridge!!!
FlshLOG OK Flight
This log the last successful flight . Flight controller is installed identically.
The plane is new and there are flaws in the settings . At take-off angle is exceeded PITCH.
“Throttle Min” has been set to zero. Folding propeller created difficulties

.
Landing was on a parachute.

On another plane Pixhawk (f 3.5.0) I have not experienced difficulties. There were a lot of flights ! Pixhawk orientation was install usual ( classical ) .

I forgot to say , we did not use the compass . In the settings it is turned off

Today I hooked up the fallen aircraft electronics . And I notice a few features .
Strange feature FC initialized after a reboot . This is normal?
Video
Appeared error occurred “POS HORIZ VARIANCE”. This happened for no apparent reason , once. Horizon spun , servo twitched . FlashCard has not been established.

Hi, I just wanted to confirm I have had this exact behavior on 3.4 with PixFalcon one time only. Aircraft had been flying, I changed packs, manual > fbwa started to roll, I got more height went again. It leveled inverted, unfortunately I backed off the power and could not recover on the switch back to manual. I then migrated to 3.5.0, I haven’t seen it since. If you want the logs I could go looking. I believe the Horizon was inverted on boot and I did not pre-flight correctly.

This is related to a bug in EKF2 when flying without a compass. Paul has a patch in and a hotfix version of Plane 3.5.3 will be coming out fairly soon to address this issue (as well as a bug with negative loiter radiuses). In the meantime flying with EKF1 rather then EKF2 for a no compass setup will avoid the bug.

Yes thank you. I’ll wait for the new version 3.5.3 ! I watched takiezhe problems that are described in the topic “EKF Variances and crazy PFD”