Had fly way event where the aircraft speed blew past the commanded speed and the aircraft headed about 90 deg off of the commanded waypoint. The heading bar on the HUD seemed to indicate a real heading just not towards the commanded waypoint. Had one instance of “BAD COMPASS HEALTH” during pre-flight when several people were crowded around the aircraft. It went away when they backed off so we attributed it to EMI from their cell phones…
After take off we had no other compass health messages and we transferred from RC mode to autopilot whereupon it kept accelerating while heading in the wrong direction.
Screen shot of replay below: 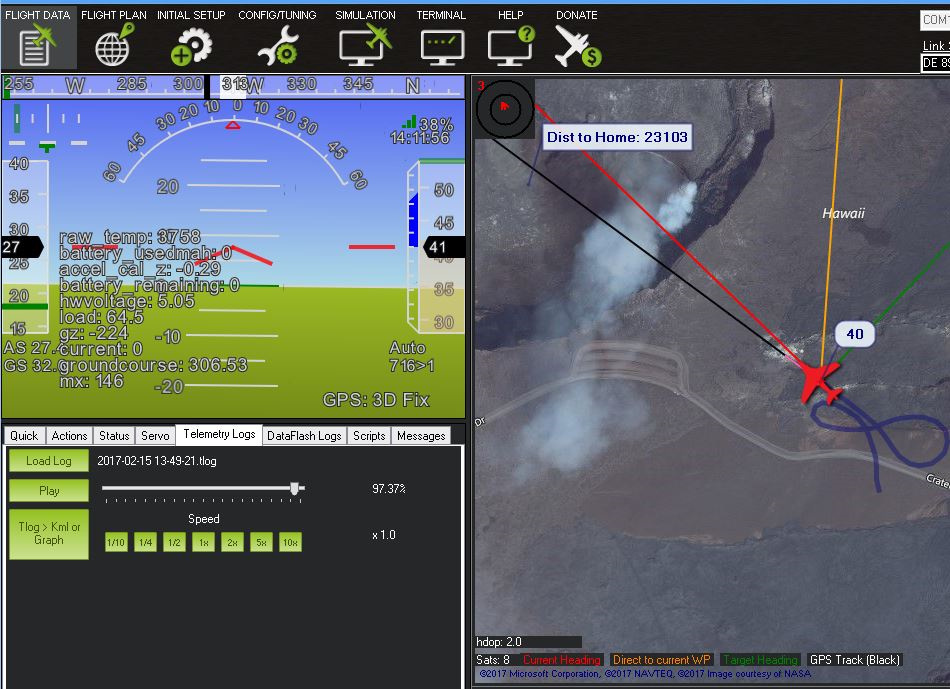 Any clues as to what might have caused this anomaly?