Thanks!
So, there is a new GPS model with Autopilot and waypoints? Hope the camera is better.

Off topic: 3DR Solos are getting super cheap on ebay etc.

I think it is the same sensor.

But they did change it to be able to look straight down. So that’s something? I’ve seen some videos though that look really good. Depends on the lighting really.

@Matt_M in the video mentions some (other products) that they are hoping for next year. I’m hoping they’ll finally re-release the 2900 so we get a SV with AP and Brushless motors. As he mentioned in the video, all they gotta do is add ESCs and the motors to the Journey’s electronics.

I was just about to post a link to this video, but you beat me to it.

That’s ok. After I posted it I noticed that @rmackay9 beat me by 5 hours.

I was still asleep.

I do want to point out that the “SurfaceScan” indoor stability is incredible. I noticed that the higher he flew it in the video the steadier. That’s pretty awesome. I’m looking forward to some cool indoor videos of kids playing basketball in our gym. I had done it a bit with my 2450, but since it didn’t have indoor stability I was constantly fighting it to stay still (since it also doesn’t have trim) so the video was never very good.

Also, with the “straight down” capability I might be able to get some cool video.

I’m dying to see what the video quality is like on the Journey (and Scout). Really hoping it’s improved and there’s less jello. They didn’t talk about that at all in the video, and didn’t show any footage.

it’s the exact same sensor. devs have stated that jello is related to vibrations, but mostly lighting. If you have bright lighting (especially when pointing towards the sun) or low lighting, you’ll get more jello. My guess is there is some small amount of image processing occuring, which causes it to work overtime when lighting if “off” and it “gets behind” causing the jello.

It’s a new sensor, but there are still the limitations to deal with at this price-point. Jello is still present in the brightest of scenarios, as the sensor lets in the most light the shutter is running the fastest. Lesser light helps the scenario, actually, and we’ve seen some good results with indoor video as well as dusk/dawn/overcast scenarios. I’ll see if I can find a test vid I did here int he office the other day. Just gotta make sure there isn’t any unreleased products visible in the video and then I’ll post it if it’s OK.

Here is a video I just posted from a flight in our office. Solid reduction in Jello over last year, but there will still be jello seen in direct daylight shots.

Ok thanks for the input on the sensor. Was basing my guesses on the commit comments lol didn’t see anything but the H62 sensor add (which I was assuming is the OF sensor).
Awesome seeing the jello reduction in the video. Great job again. Can’t wait to get ahold of a few of them.

Any of those “unreleased products” going to be a 2900 pro revival??!

Agreed. This looks awesome. So this screenshot looks like it allows for some easy customization of the modes through the app, without having to get into the web interface? 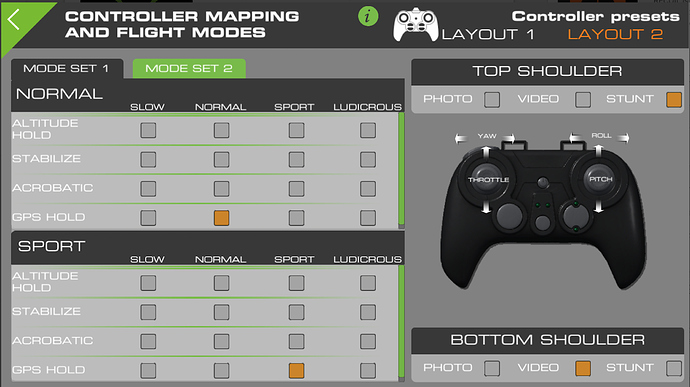 Yeah I think those new profile features that @tridge created could be a major selling point. Most drines only give you 1 or 2 settings. This one has many combinations! Also on the 2450gps changing to other modes was for advanced users only. Now they are encouraging you to try “harder” more fun modes! I’m sure the app will be fraught with warning messages lol. But you’ll still see reviews like, “I was flying in ludicrous mode and it crashed into a tree, this thing is a piece of junk!” Lol.

Lol, yep I see all the negative reviews and know these are people not doing simple research. I know there are defective units that need to be returned but the repeated, It’s asking for a password and I don’t know what it is, so its a piece of junk.

Btw, I think it is awesome that the profile settings has Ludicrous mode. Lol

I keep clear of product development stuff, but I will say that the support that SkyRocket have given to some of the dev team, and ArduPilot in general, is pretty awesome. This new round of quads looks great, and I hope is a sign of a continuing relationship.

I think it does a lot to bring in both users, enthusiasts, and $s into the project. I mean look at how much tridge, peterbarker, and others have devoted to it, basically because SV is paying (some sum) of money for it.

Something that might help Ardupilot become the RTF or BNF of choice might be to shore up that toy_mode code. Tridge looks to have done a pretty good job of making it “Generic code” that could be used in many instances, but it still has a pretty SV flavor. But, if this code was made to be more universal and easier to be integrated into any “toy” or “adult toy,” and AP had a “dedicated” product integration team, that would help get AP in a lot more hands. I say “dedicated” because it would only be a group that, when AP gets a request from a company to help them create a product they break off and to the integration and then come back.

Anyways, just rattling off thoughts. I know on another thread there was a lot of talk about “who are we trying to attract” and as a small time supporter, but mostly just outside observationist, my opinion doesn’t really matte rmuch

@Matt_M in the video mentions some (other products) that they are hoping for next year. I’m hoping they’ll finally re-release the 2900 so we get a SV with AP and Brushless motors 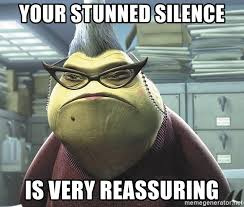