Does ArduPilot still support Morse?
When I tested quadcopter morse, it could not even arm due to GPS prearm check. 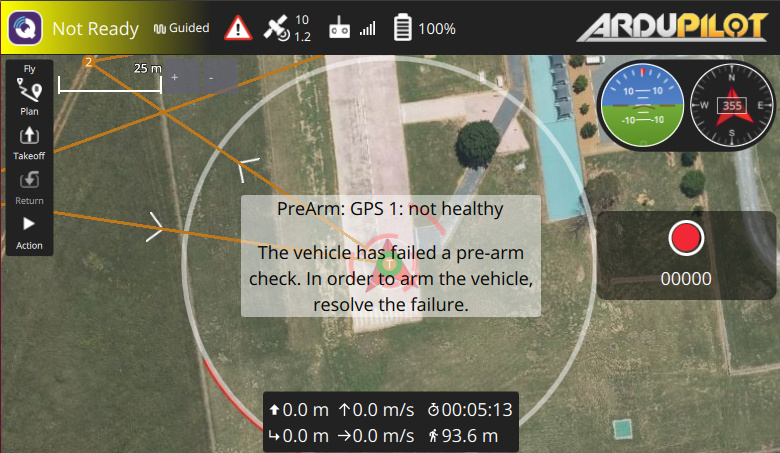 Also, when I tested quadcopter morse with laser scanner, it shown too unstable attitude control as shown in the below.

@rishabsingh3003 is probably the primary users of Morse on the dev team. I know we have an outstanding issue with Morse being unstable after all the position controller updates. I think the issue is that Morse doesn’t have lock-step scheduling and so we see times when the main loop does not run regularly and the new position controller is more strict about these scheduling misses.

Hi @Benjamin
A couple of things: For some reason, we can’t arm in “GPS modes” for both AirSim and Morse ( I have on multiple occasions tried to find the reason, but I cannot). If you arm in stabilize, you’ll find the prearm doesn’t trigger.

Secondly, as @rmackay9 said… there is some problem with the recent position controller updates and Morse… you’ll find that in autonomous modes the vehicle jerks around (even in Loiter). If you downgrade to Copter 4.0, or Copter 4.1 - Dev to about March… you’ll find that Morse still works well.
Since Morse has officially shut down, might I suggest shifting to AirSim. It’s better in every way (much better API, more sensors, more realistic, better support). Even the default tune is far better
Thanks to awesome devs like @rajat2004 who have kept ArduPilot’s support with AirSim super clean and easy to use.

@rmackay9
@rishabsingh3003
Thank you guys for the feedback!
I will try AirSim instead of Morse.

I’ve added a note to the Morse page to direct developers to AirSim instead. I’m going to mark the 4.1. issue re Morse as, “will not resolve”.

Tridge has also suggested webots as an alternative. https://ardupilot.org/dev/docs/sitl-with-webots.html