I’m doing a new build with a brand new ZealotH743 flight controller. I’m pretty sure I have done everything right, just like on the PixRacer, PixHawk and Durandal I have set up before, but I’m getting no servo outputs. I don’t just mean the servos aren’t working - I mean ZERO output to any of the servo outputs as shown on the Mission Planner Servo Output page. Here’s a picture: 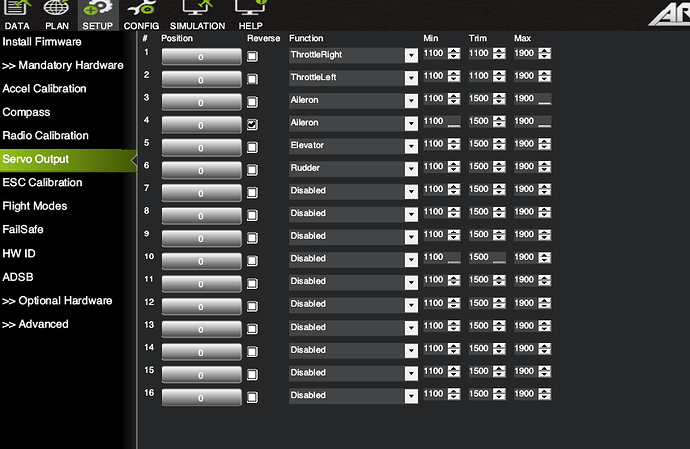 Yes the receiver is working - I’m getting inputs on the RC channels: 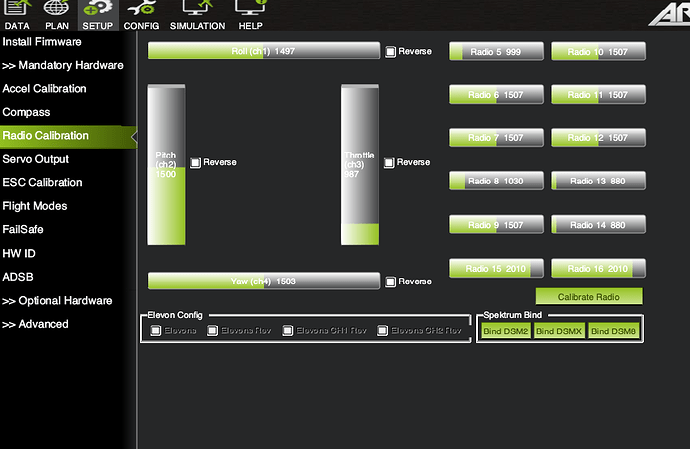 Oh and I have set BRD_SAFETYENABLE = 0.

Sometimes a reboot is all you need!

Where did you source the autopilot? It looks like a very nice bit of kit, but I’m having trouble finding much info about it other than basic specs.

I got the Zealot H743 direct from QioTek at www.qio-tek.com, but their website is down ATM. I contacted Jason and he says that they have been hacked and he is working hard to get the site back up.

This is the listing on the ArduPilot website:
https://ardupilot.org/plane/docs/common-qiotek-zealoth7.html?highlight=zealot%20h743

I paid $231 for the “industrial edition”. Which included pretty much everything you need, including an ESP32 wifi module, compass and power module and a nice set of cables.

That price point is pretty attractive as well, especially considering the skyrocketing prices of competing autopilots. I’ll be curious to hear your thoughts once it’s airborne!

Yes I agree, if it lives up to what I’ve seen so far it could be very nice. It’s also a very nice size, actually sightly smaller than the Durandal (taller but not as wide). I’ll be posting some videos as I go.

It is impressive looking. That’s a lot of IMU’s !

Yea, noticed that. Can’t think of another FC of this form factor with that. What’s the power requirement?

Plenty of IO as well! 14 DSHOT capable outputs plus 4 GPIO pins, by the looks of it.

And you get use of all 5 serial ports, unlike the Cube Orange with the standard carrier that eats up a UART for ADSB.

I’m not sure if this answers your question. If not then “I don’t know” 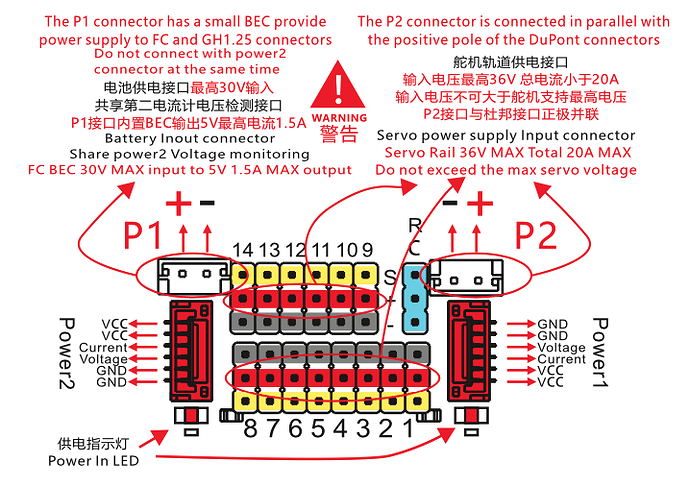 13 and 14 can only do PWM - so 12 DSHOT capable outputs or 14 PWM.
https://ardupilot.org/plane/docs/common-qiotek-zealoth7.html?highlight=zealot#dshot-capability

I agree that UART is slowly going the way of the dodo in favor of CAN, and I’m endeavoring to make better (or even exclusive) use of CAN in my own projects.

But there are a lot of serial peripherals, and it’s attractive to have the ability to use them directly.

I think that’s momentum which is a bad thing. I had to ask Benewake “do you have a CAN LIDAR?” - and they do, but it’s not listed on their website.

So does that say ~2S-6S input or am I reading that wrong? That’s one nice thing about the bare boards.

It would seem so.

It comes with a power module - so what you have posted is just for the built in BEC. The FC has an interesting design were (if I understand it correctly) it has a built in BEC that can be powered by a separate battery from the main motor battery.

Update - www.qio-tek.com is back online. It’s a bit slow, they are working on it.

Not for long… They should get some product to distributors.