I am trying to establish communication between Nano pi Neo Air and Pixhawk Cube via the Putty software. Nano pi is unable to get the heartbeat from the pixhawk which is being currently used. Also in the npi-config, the serial ports aren’t getting enabled. On the nano pi screen, the serial ports are shown but on typing the following command(assuming that the same are set as parameters in MP):
mavproxy.py --master=/dev/ttyS0 --baudrate 115200 --aircraft MyCopter

I get the following attached as a screenshot: 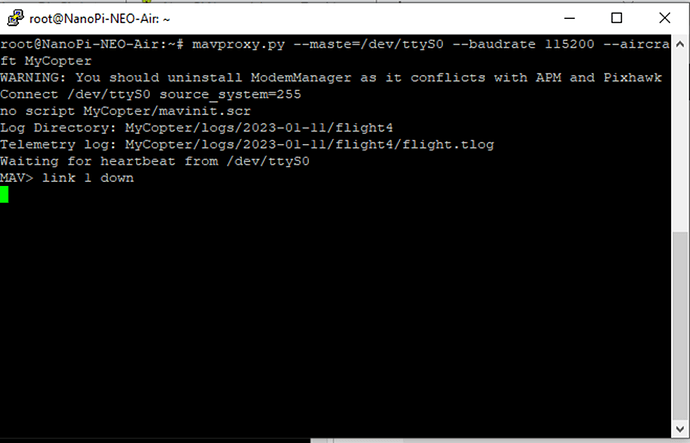 image940×604 117 KB
I am not able to understand why there is no active connection rather says “Link 1 down”.
Please do let me know your suggestions. Also attaching the connection diagram of the same(typo: The CC is connected to the Pixhawk via telemetry2 and not via usb as shown in the figure below) : 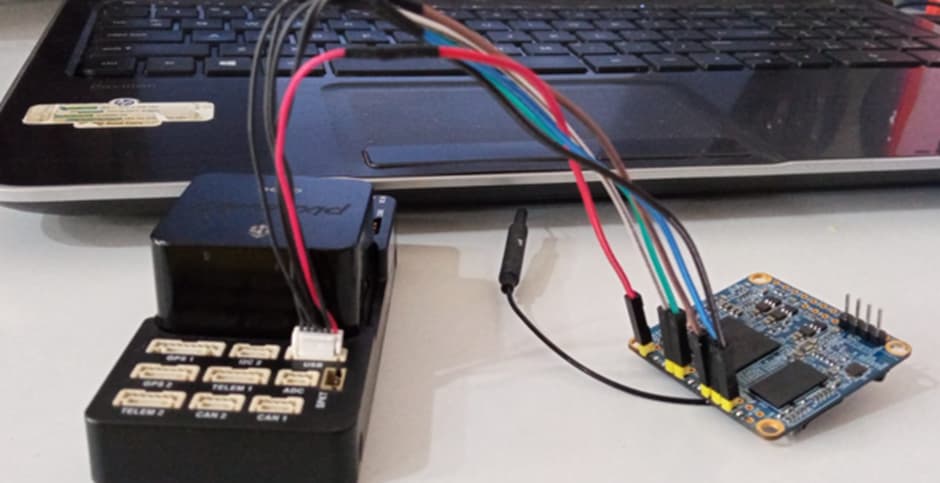 I have tried powering up the nano pi independently and connecting the pixhawk to the laptop and enabling SSH. I still face the same issue described in the first image.