No reason not to have full 16 channel support. Please!

There are reports that ArduRover supports all 16ch when Plane and Copter do not.

Yes, there is a reason to NOT support 16 channels over PPM, it’s call time.

Sure but Rover already supports it so it can’t be too hard to move that over to Copter and Plane.

First of all please show me rx with 16 ppm output

This one does. 16 channel capable with ArduRover. 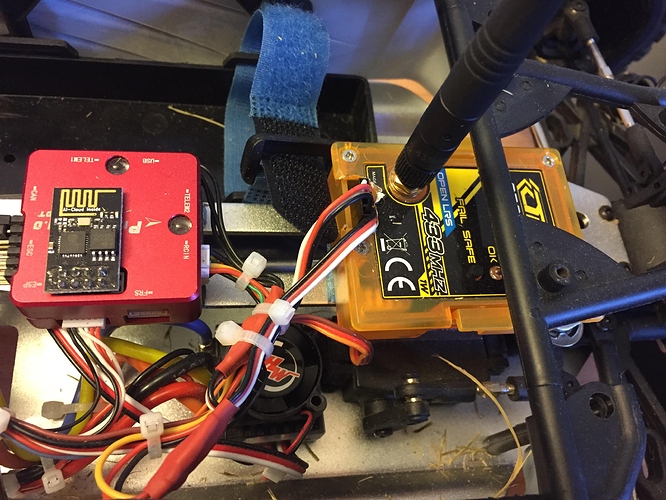 Why? It’s not running OpenLRSng. It’s running ULRS. The Rx and it’s firmware is not really relevant to the thread topic anyway, it’s about Arducopter firmware support.

All my receivers support 16 PPM channels, and it would be great if it were an option to use them!
I don’t remember the specifics at the moment, but I have a copter that uses 16 channels, and I can’t use LRS w/ it… (I forget why the other protocols aren’t options… but they weren’t last time I thought about it…)

Let’s see
max channel is 2ms
frame for all channels is 20ms
so if you send 16 channels you frame will expand to 32ms so maybe this is a reason for lack of support
or maybe PPM is so old fasioned and no one cares about.

Let’s see for one the ULRS thread on RCGroups have 654,000 views with everyone using 16ch ppm…

ok, I was wrong,
But still I don’t a see a point to use old analog PPM while we can use SBUS.

Project is interesting so thank you for a link.

This is an interesting option to add channels and long range. I think you can also use the i2c connected to a PCA9685 (like in the PXFMINI) and get all the pwm output available

The point is 20km symmetrical 1watt with mavlink full telemetry for less than $75 for transmitter module and receiver module at 433mhz so you can use 2.4ghZ for video.

+1 Using SBUS 16 channel on FrSky X6R and X8R without any problem and being able to use 6 or 8 “direct channel” from the parallel Rx if needed.

Ooops I missed the 32 kilometers !

Should do for your application…

Not what I want. The RF900X has been around for along time. But I do not want two transceivers on board. I want to simplify and eliminate RF interference. One radio with reliable long distance rc control and telemetry.

The ULRS does this.

The RFD product is PPM, so you’re just giving another example of a device that supports 16 channels, but ArduCopter still will only use 12.