I had done some .px4 and I also had by the past erros about submodules (Mavlink going “dirty” and couldn’t find a solution so I simply deleted it and I could use the function “make px4” again.

But now the error was on PX4 Firmware module so I couldn’t delete the folder.
I had an Error 2
I tried copying from the clean repository online only the modules and I did the

On Github I am working on my branch I I did a merge to master but I came back on my branch.
It’s been 2 hours I am stucked now and I tried many solutions on forums and even on ardupilot one

hope someone can help me

The path to uavcan looks very long and wrong. I would suggest
Go to your Ardupilot/modules folder and delete uavcan subdirectory from it ( In fact it is ok to delete all subdirectories I believe if you prefer). then in Ardupilot directory type git ‘submodule init’ and ‘git submodule update’. You should see the modules being downloaded again and you should be back on track.

@skyscraper
I deleted the uavcan directory and : 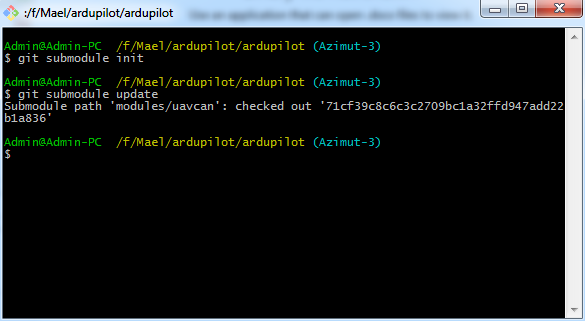 But I still get the same error 1
and In fact when I delete all the Modules folders, when I init and update I download it from somewhere…

I also tried to delete all modules and 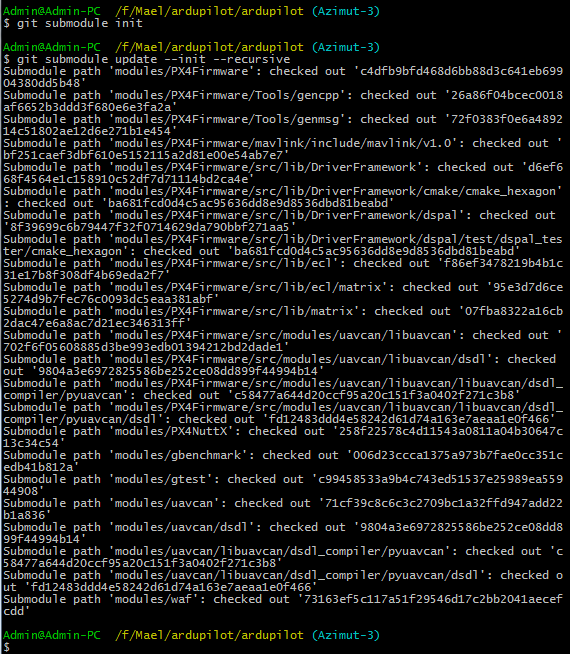 and still got the same error message here is the start of the compilation : 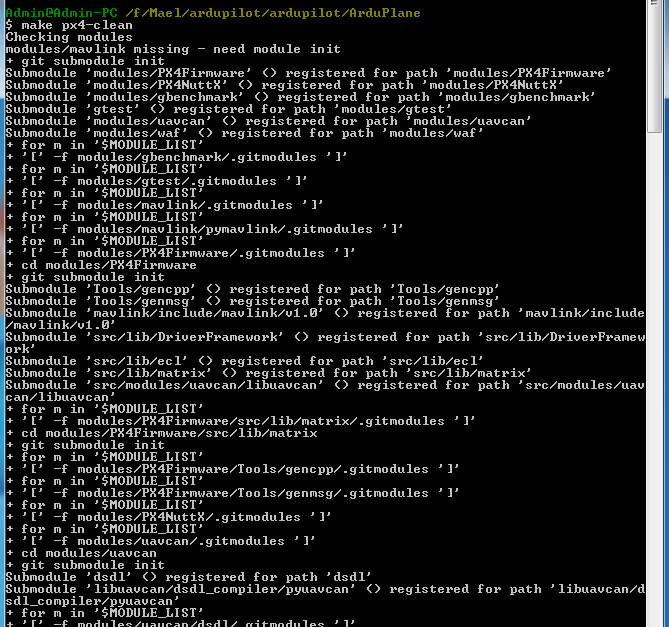 then I tried deleting the modules and commit it, as I did with Mavlink folder and I have this : 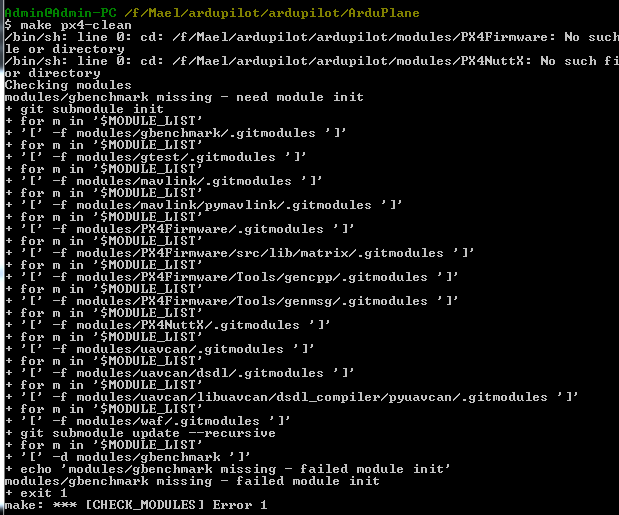 You probably need to clone again or reset your local repository because it looks you messed things up.

@OXINARF Thank you !
I restarted all from scratch and added only the files I changed and It worked.

@maelito
It is really annoying that a build affects the mavlink module. Ideally whatever is buiit should be done in another directory away from the module deirectory. I assume that would fix it