During an auto flight at 2.5m/s nav speed, it was observed that the aircraft ground speed reduced significantly and visible altitude changes were present. The aircraft was switched to Loiter mode and landed. 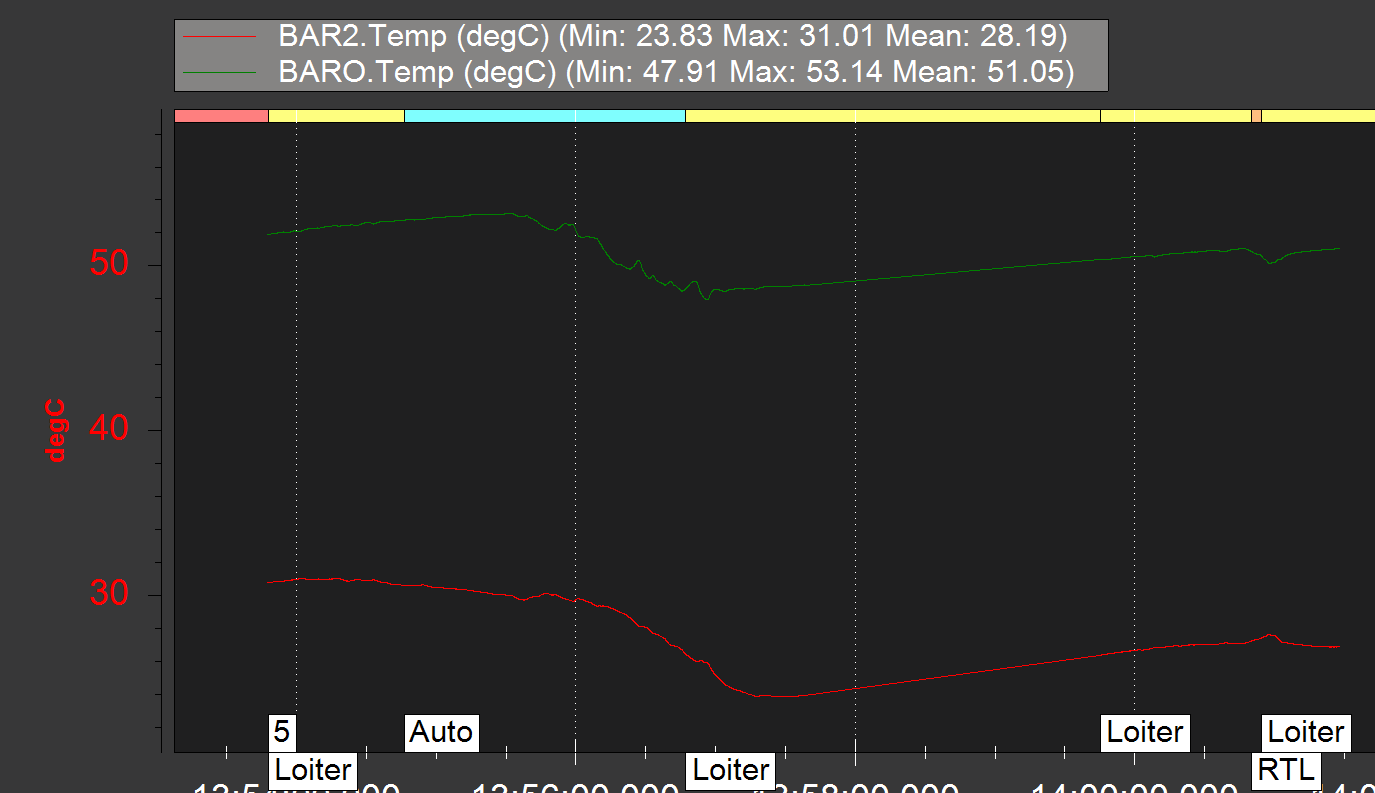 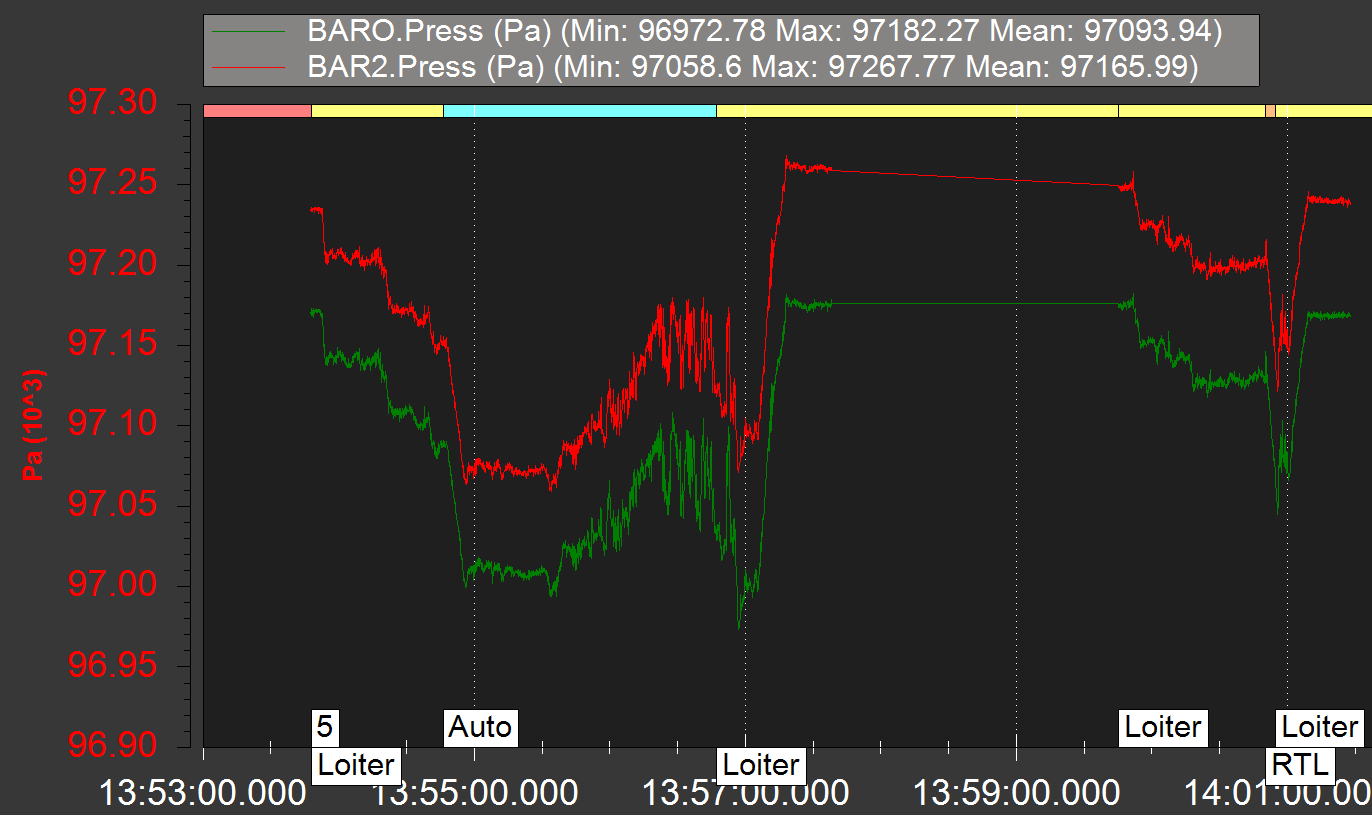 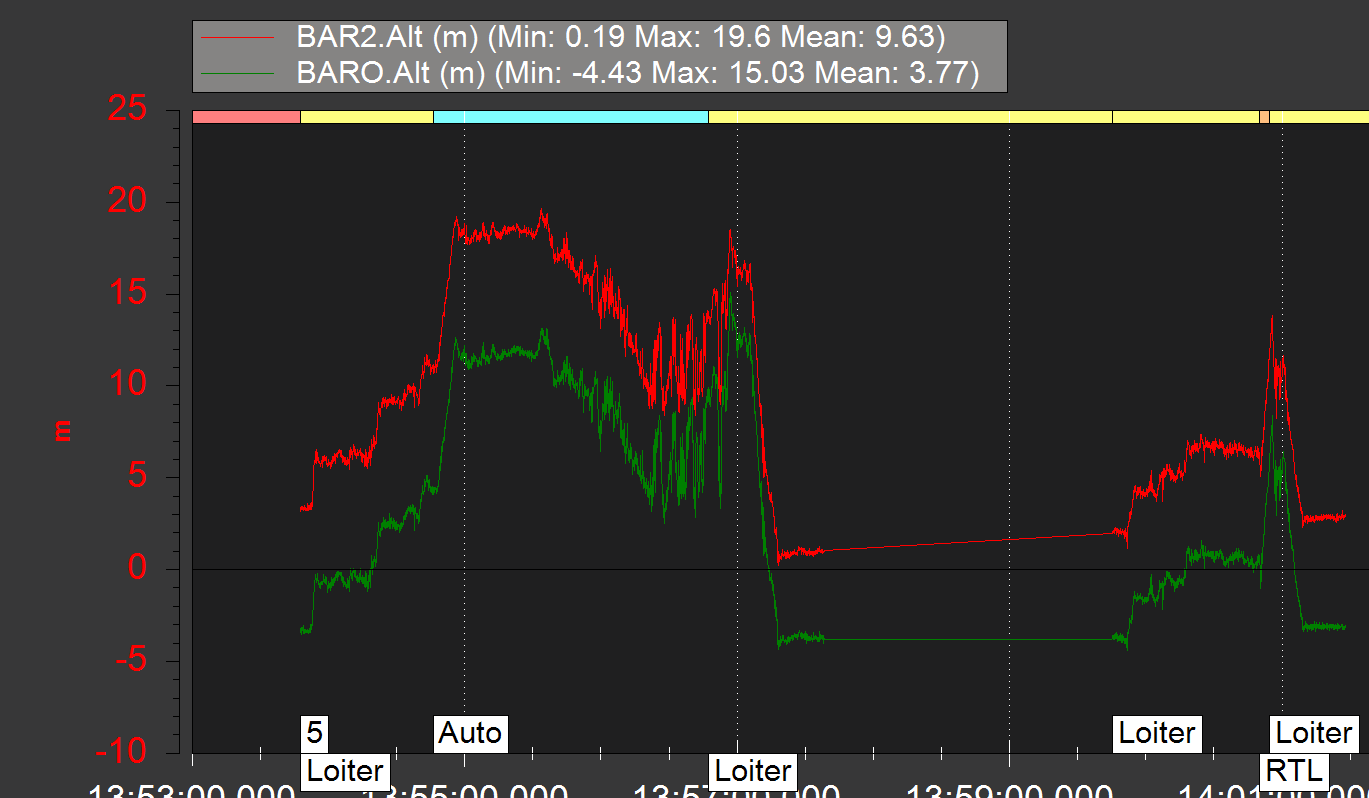 The first half of the Auto mission is nominal. The second half of the mission shows a steady increase in the desired climb rate and logged climb rate, while the EKF altitude value decreases (inverse of the expected behavior) 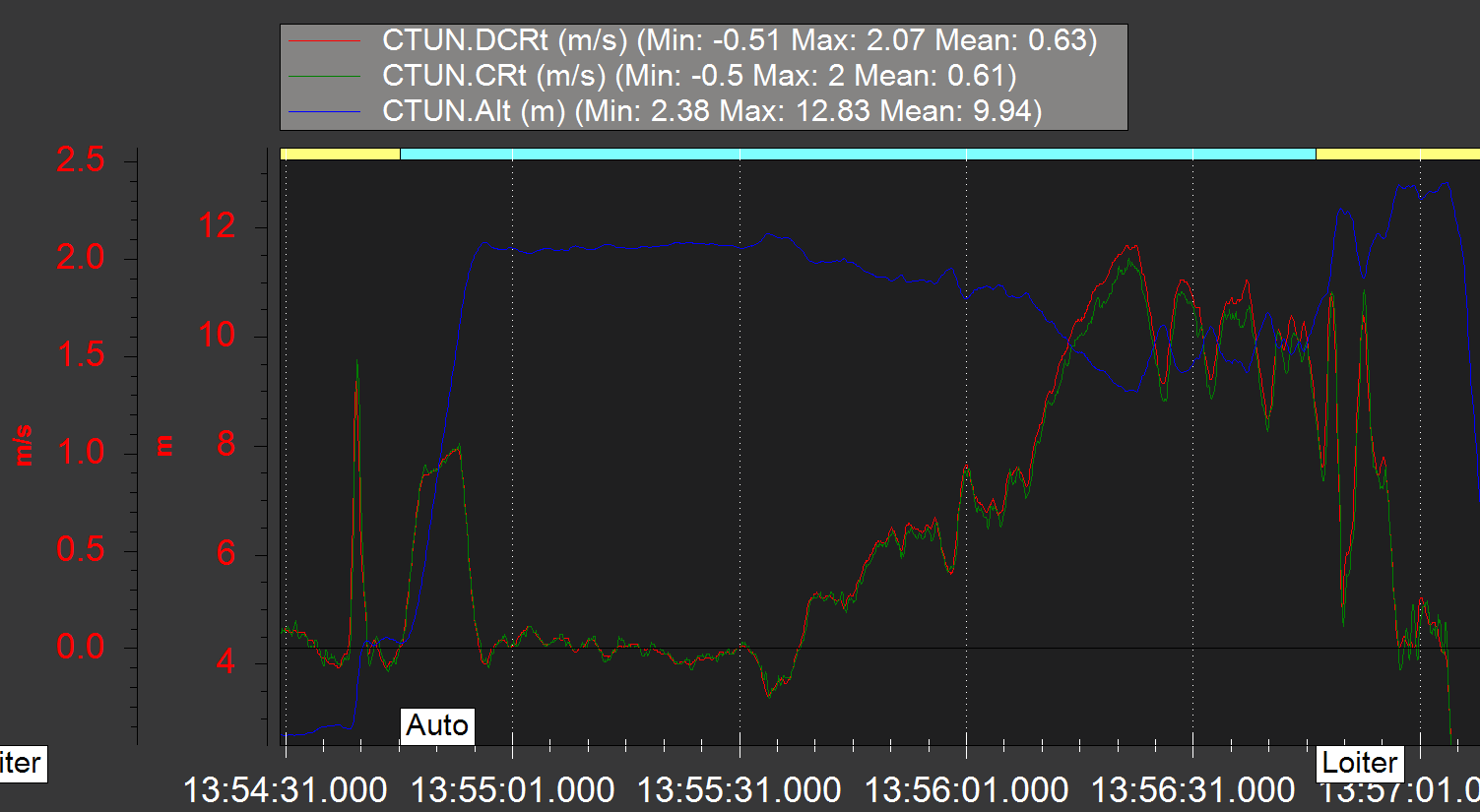 Any idea why this behavior may be happening?
The target temp for the cube heater was 60C, and the Baro2 obviously failed to achieve it. Can this behavior be completely blamed on that?

EDIT:
Looking at another log from this platform where it exhibited the same behavior I have associated the slowed GPS speed with the climb rate hike. This makes sense because I have observed ground speed changes to fly the diagonal between waypoints - just not sure why our climb rates are going all over the place when the altitude is staying within a few meters of the desired waypoint mission. 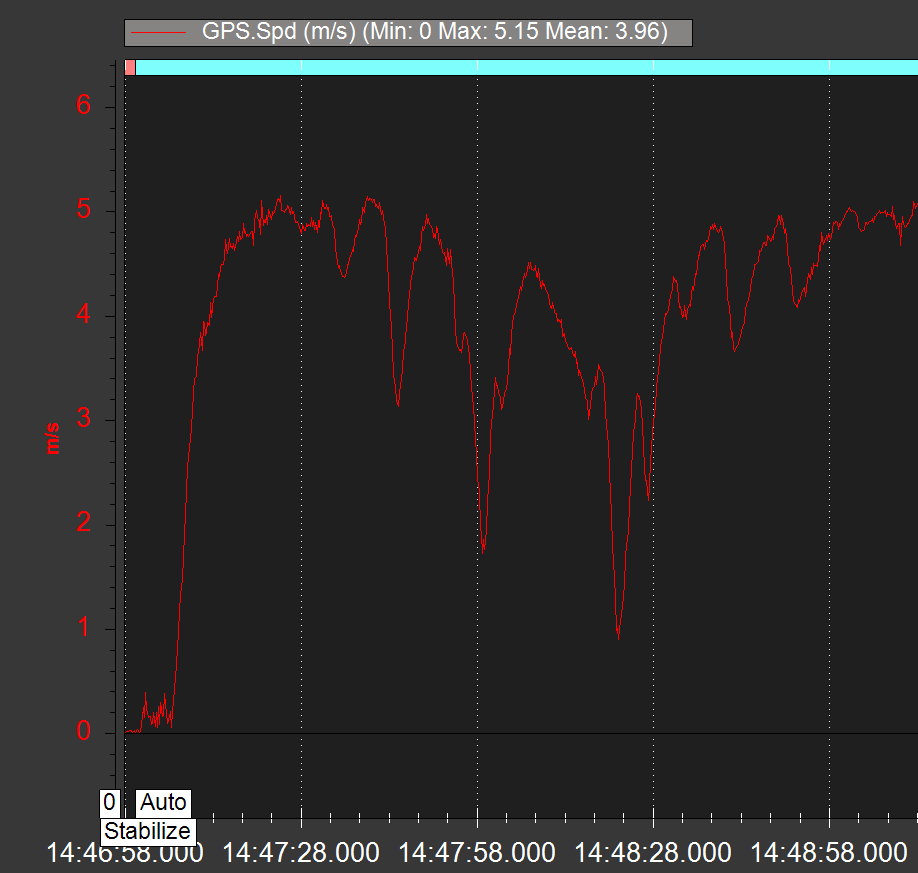