Crash on launch, Hardware, software or some kind of runtime calibration error?

Nasty crash on launch, log and even short video (sorry for quality) attached.
This was third flight, Arduplane master and BMI088 IMU
Any Ideas please?

without taking a deeper look your horizon strikes at first sight imho: 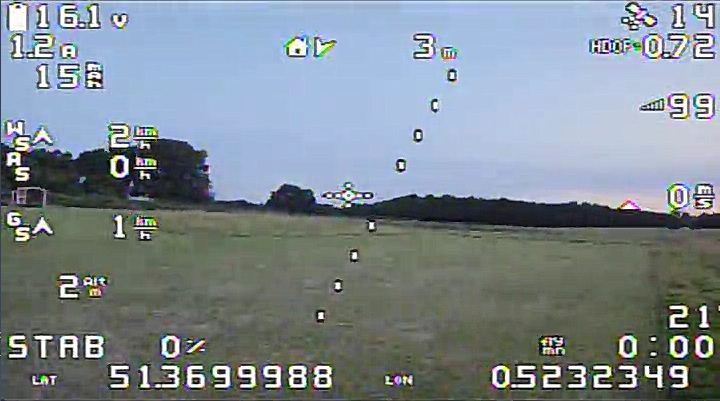 custom firmware on that board?

Not custom fw really , built from master but the Flight controller is our board.

Yes unfortunate I was doing the Launch LOS or it would not have happened as I would have seen the AHI - it was not like that when moments earlier I checked sats etc when the plane was on the ground. I just had no time to disable the FC and save the plane. You don’t expect this after 2 uneventful flights

pretty clearly the state estimation was way off. Because you only have 1 IMU we can’t easily see which sensors were off, but the EKF was clearly very unhappy.
Some things from the log:

If you really don’t want to wait for arming checks then use DCM instead of the EKF. It won’t fly as well, but it is more likely to be ready if you are not willing to wait for the EKF. Set AHRS_EKF_TYPE=0 to use DCM.

Great comparison here about DCM vs EKF : Difference between DCM & EKF
I prefer flying with DCM on plane. Is there a way to disable accelerometer in EKF ?

The mystery to me was the plane was in Stab, but initially flew level for 500ms before rolling 90deg left (like it made no attempt to go to the incorrect level ) and when it did I had less than 500ms and a couple of feet of altitude to switch off the leveling, which is not really enough time

If you watch the video, you can see GPS and AHI going all over the place after the crash 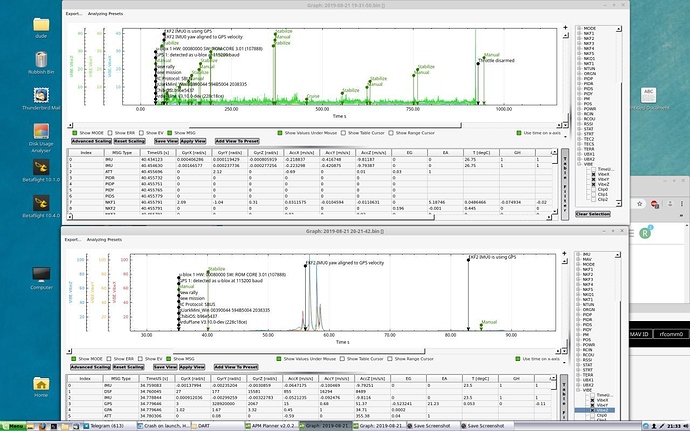 Any chance your flight controller came loose? I had a friend who double sided taped his FC in his plane, during a level flight it suddenly rolled sharply and crashed. The FC moved inside the airframe, making the FC think the plane itself moved. Seeing the horizon off by so much with the plane level made me think of that.

@cyber_06_wolf Not a chance, it is soft mounted on special gyro pads but even the vicious cartwheel crash did not dislodge it .
Unfortunately don’t do simple problems but thanks for the idea