Autorotation - why you need to know it

This was the same issue I saw on mine, with the CUAV powermodule on the 766.
This has gone away now that I’m using the mRo powermodule instead. Mine was severe.Any moderate movement of the collective had the FC rebooting.

I’m considering looking into a different generator so that I can run 3S instead. I’m using a separate BEC to regulate the servo rail anyways.

I can confirm I’ve seen this behavior too while doing my initial test hops. Luckily I was low to the ground so there was no damage. Swapped to a 5S pack and haven’t had any power issues since

This was the same issue I saw on mine, with the CUAV powermodule on the 766.
This has gone away now that I’m using the mRo powermodule instead. Mine was severe.Any moderate movement of the collective had the FC rebooting.

The CUAV power module that comes with the V3x would put out 5.15V with no load on it, connected to 2S battery at 7.85V. But as soon as I connected it to the controller the voltage dropped so low it would no power the controller and radios at all. So it was unusable.

The Hex Power Brick Mini has worked fine for a year. But all it took was this one time with the battery voltage a little low at takeoff, and it was enough to make that one collapse too.

I had a couple of these in a box of parts. I set it to 5.25v with the CastleLink programmer and it works great. It puts out 5.2v even with a 2S battery connected with a bad cell that only has 6.8V in it. Way better voltage regulator in it than the power bricks got. 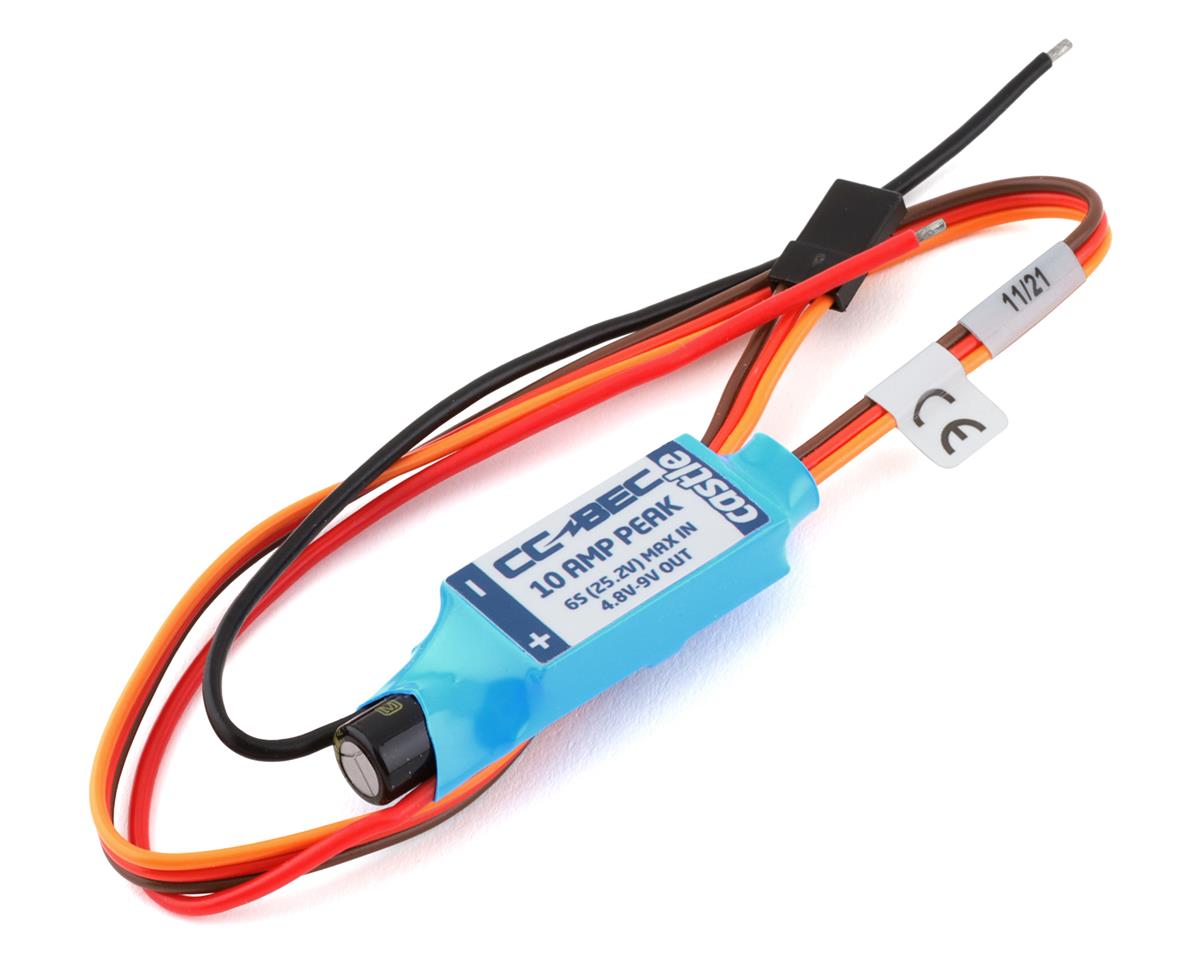 This is the Castle Creations CCBEC, 10 Amp Adjustable BEC. The CC BEC is a little device that eliminates the need for a receiver and servo... CSE010-0004-00

One of the reasons I only use the Mauch power devices…

Last week in Shenzhen I saw a very interesting power module from CUAV that uses CanBus, but don’t have a full set of specs yet.

I had 2 Mauch’s fail on me, so they’re not exactly infallible

I initially had trouble even finding the CUAV power module specs, until I found it on banggood:

Needs 3 cell and up! Even 3 cell may be pushing it since it needs 10v or more.

Yeah, I think that’s the ver 1.3 one. Those don’t work on gas helicopters with low voltage 2S system at all. One workaround is to go to 4S and use a Castle 20A BEC pro to power the servo rail. But can’t find any generators for 4S and I HATE messing with batteries. I got electric helicopters and a big TriCopter - never fly 'em because of batteries. I did the big electric experiment with helicopters a couple years ago and gave up on that. The weight you have to carry in batteries to get it to fly for 30 minutes can fly a gasser for 3 hours.

Gas: fly it for 3 hours, spend 5 minutes refueling it, fly it another three hours. Total investment in gas $2.64.

This is the one I use on my gasser. (I use Mauch on my electric, but Mauch becomes unneccesary complicated and expensive for the Gasser).