I found this new Failsafe feature yesterday when the copter began to act weird. It gained altitude quite a lot until eventually, force landed without proper thrust, i.e crashed slightly.

Today I double-checked parameters/settings and made corrections. Then I flew the copter again trying to repeat the behavior. First, the copter gained 20m of altitude when Vibration Failsafe kicked in, then it dropped altitude quickly back to the altitude before Vibe Failsafe. After some rounds copter lost the ability to keep altitude and hit the soil. The copter was very close to the ground when I hit full throttle but it felt it didn’t have power. This end was exactly the same as yesterday and copter didn’t have power, even though it should have had. It should have not lost 10m of altitude in the first place.

With 4.0.1 we had one weird behavior and I think it may have been the same. At some point on the Arducopter Automatic Eject - test session, our copter began to lose altitude very rapidly and it did fall straight on stands from the altitude of 50m. It was like a controlled emergency landing with a minimal thrust. That copter was damaged later on those tests so that logs were not available.

This altitude graph is from today’s test. I didn’t touch the throttle when the copter flew up and down. The only maneuver was Roll left and right. Front left motor has damaged bearings and cause most of the vibrations.

This data is provided purely for diagnostics and the algorithm development support. I knew this test will end to the crash and I wanted to find out the same result as yesterday.

Copter is Holybro X500 with its own Pixhawk version. The power train is 2x5Ah 3S which ain’t the power beast but is well enough for this.

A hidden video from earlier test 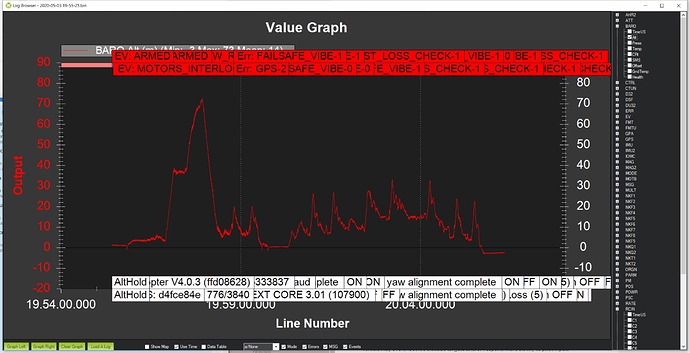 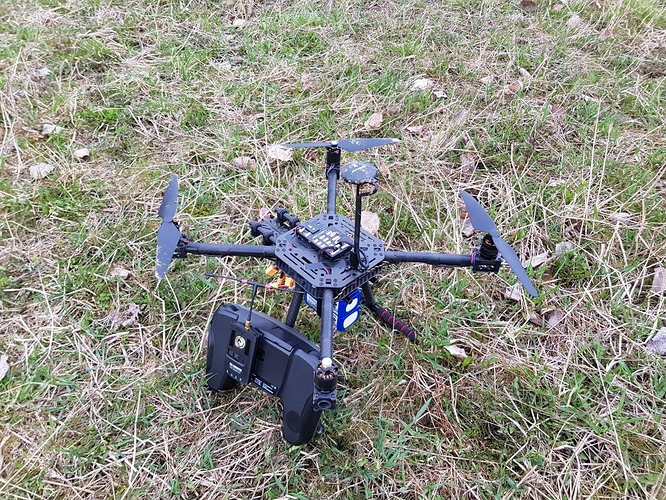 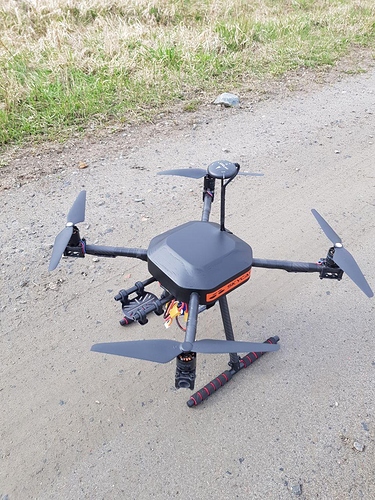